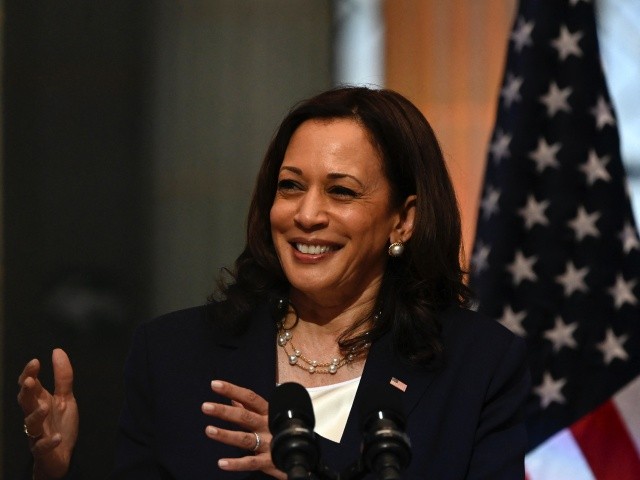 Harris’ lack of interest in inspecting the crisis will be highlighted by Former President Donald Trump, who announced Wednesday he accepted an invitation to visit the “decimated Southern Border” with Texas Gov. Greg Abbott (R) on an official visit.

“The Biden Administration inherited from me the strongest, safest, and most secure border in U.S history and in mere weeks they turned it into the single worst border crisis in U.S history,” Trump explained.

Harris was, however, asked on June 8 when she might visit the border. Harris dodged the question in the interview with NBC News’ Lester Holt saying that she had not gone “to Europe either.”

Harris has not given a definitive answer on when she will visit the southern border.

Meanwhile, Abbott and Arizona Gov. Doug Ducey (R) have asked states to help protect the southern border, a responsibility of the federal government per the United States Constitution.

“I’m proud to announce today that the state of Florida is answering the call. Florida has your back,” DeSantis stated.