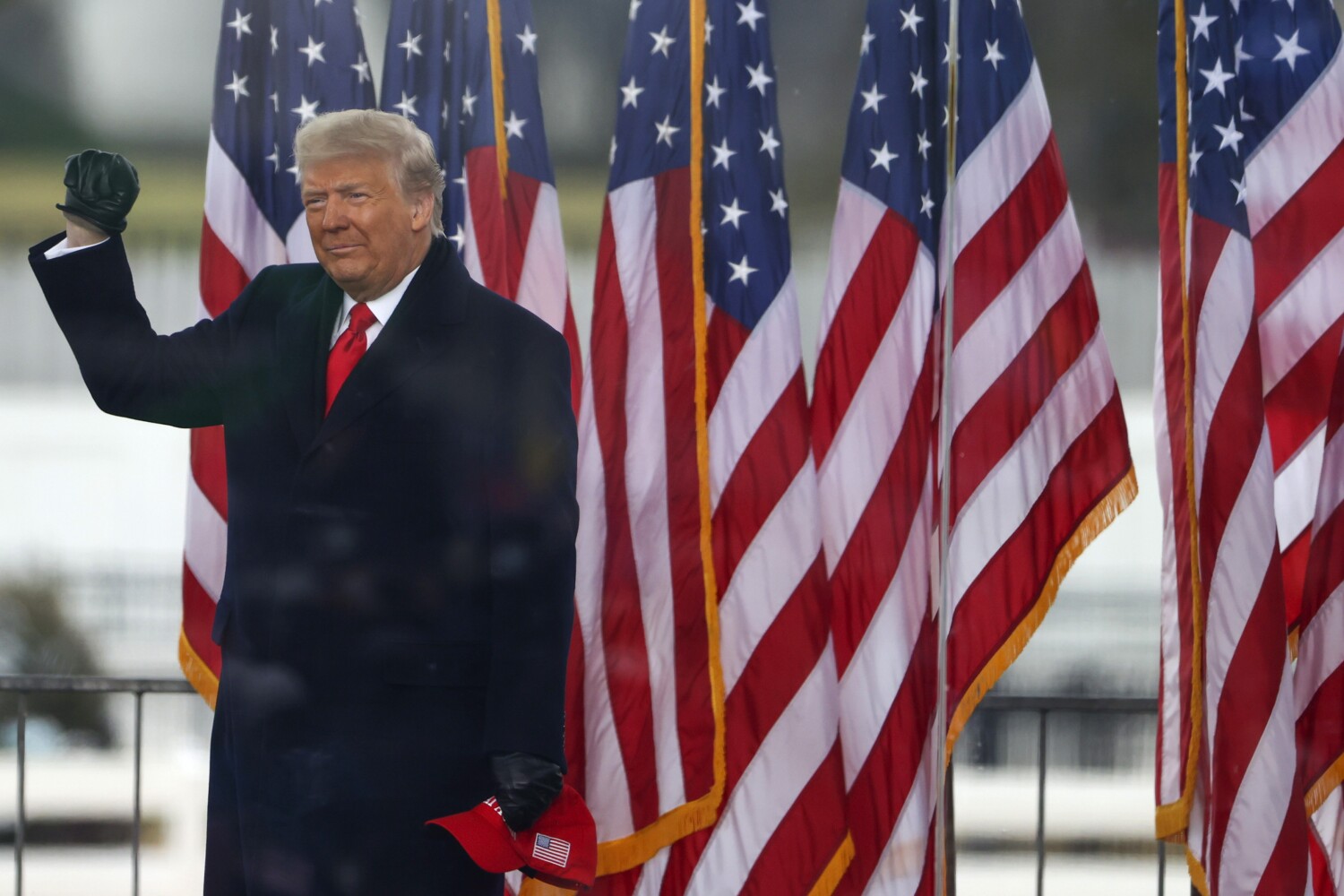 Donald Trump is too dangerous to allow on Facebook right now, the social media company has decided. Instead, the former U.S. president will have to wait until at least Jan. 7, 2023, to make his triumphant return to the site — giving him just enough time to log back on for the next presidential race.

Responding to a mandate from a semi-independent oversight committee that reviews its content moderation decisions, Facebook said Trump will be eligible to resume posting on Facebook and Instagram two years after the riots at the U.S. Capitol that he was initially suspended for encouraging. That timing means he could regain his social media megaphone in time for the 2024 presidential campaign — provided the company determines he no longer poses a threat by then.

“At the end of this period, we will look to experts to assess whether the risk to public safety has receded,” Nick Clegg, Facebook’s vice president of global affairs, wrote in a post announcing the decision. “We will evaluate external factors, including instances of violence, restrictions on peaceful assembly and other markers of civil unrest. If we determine that there is still a serious risk to public safety, we will extend the restriction for a set period of time and continue to re-evaluate until that risk has receded.”

In the event the ban is lifted, Clegg added, “there will be a strict set of rapidly escalating sanctions that will be triggered if Mr. Trump commits further violations … up to and including permanent removal.”

The social media company also announced that it has implemented new moderation policies “to be applied in exceptional cases such as this,” suggesting that the verdict in this case could serve as a template for future decisions.

As with the previous steps in the company’s long, arduous process of deciding what to do about Trump’s account, the decision has drawn plenty of harsh reviews from critics, including the former president himself. In an email statement issued Friday afternoon, Trump called the move an insult to his supporters, saying that Facebook “shouldn’t be allowed to get away with this censoring” and that America “can’t take this abuse anymore,” while repeating the false claim that the 2020 election was rigged.

Facebook’s announcement comes just under a month after the company’s Oversight Board — a cohort of 20 scholars, lawyers, journalists and advocates tasked with reviewing and issuing what Facebook says are binding decisions on some of its toughest content moderation decisions — said that the open-ended suspension Trump had initially been given was inconsistent with “the rules that are applied to other users.”

“It was not appropriate for Facebook to impose the indeterminate and standardless penalty of indefinite suspension,” the board said at the time. “Facebook’s normal penalties include removing the violating content, imposing a time-bound period of suspension, or permanently disabling the page and account.”

It’s that middle option — a “time-bound period of suspension” — that Facebook has opted for, doing so well within the six-month deadline the board gave the company.

After years of debate around how and when social media platforms should fact-check posts, take down content and ban users, including heads of state, Trump’s two-year ban is a signal from Facebook that the company stands by its initial January decision to silence Trump for his role in the Capitol riots.

But it’s also another example of the company’s hesitancy to make a permanent decision on the matter. After referring its initial ban to the Oversight Board for confirmation or veto, Facebook has now hedged its bets once again, kicking the can down the road to a point in time when it may no longer be as charged.

It’s a non-resolution that has left the company’s biggest critics unsatisfied.

“While many people will breathe a sigh of relief today that Facebook has banned Donald Trump for a further two years, this decision only goes to underline the enormous, unchecked power of Facebook and its repeated failure to police its platform,” wrote the Real Facebook Oversight Board, a watchdog group that tends to be critical of Facebook’s moderation policies. “Trump and his allies used Facebook to incite an insurrection and attempted coup of the United States Government. The punishment: Back on Facebook just in time for Trump 2024.”

The choice amounts to “a two year time-out,” the group added on Twitter.

Shireen Mitchell — a member of the group and the founder of Stop Online Violence Against Women — told The Times that she thinks Facebook’s hesitancy to permanently ban Trump is rooted in the platform’s ad-based business model.

“They’re still worried about their profit margins,” she said. “Some of this bottom line is about money, and they probably were able to make a lot of money from Trump and the ads.”

“Why not after 2024? Why wait till the year just before?” she asked. “Because to me, they’re not being honest about the profit model that they have been benefiting from. With any of the political advertisements … I’m 100% sure one of the biggest times that that happens is during presidential elections.”

Other organizations were similarly critical. Madihha Ahussain, senior policy counsel for the civil rights nonprofit Muslim Advocates, wrote that by allowing Trump to eventually return to the platform, Facebook leaders “have chosen a path that guarantees more hate and disinformation from him on Facebook in the run-up to the next presidential election.”

But as has often been the case in debates about social media moderation, criticism that Facebook isn’t doing enough has been accompanied by equally vociferous criticism that the company is doing too much.

“Banning a major political voice from one of the largest communications platforms in the world for multiple years is concerning,” said Nora Pelizzari, director of communications at the National Coalition Against Censorship. “That’s always going to be concerning, no matter who the political leader [is], no matter the content of their speech.”

But one upside, she said, is that the ban is set to expire in time for Trump to come back online for a hypothetical 2024 presidential run: “I think [it] is a good thing that he as a candidate would be able to share his views with everyone who both agrees and disagrees” with him.

And the fact that Facebook now has a concrete policy in place for how it will handle these sorts of cases going forward is “great news,” she added, since transparent guidelines help users anticipate what they can and cannot get away with on a platform.

Sen. Bill Hagerty (R-Tenn.) also criticized Facebook’s decision on free speech grounds, writing in a statement that “unless Congress acts, Big Tech is going to continue to censor Americans,” while pushing for a bill that would reclassify social media platforms as “common carriers” that must give all users more or less equal access.

Facebook’s ruling comes a day after news broke that the company would be revising a controversial policy that gave politicians special exemptions from certain site moderation policies, under the logic that what leaders like Trump have to say is inherently newsworthy.

Trump has been relatively quiet in his post-presidency, with occasional Mar-a-Lago appearances standing in for what was once a high-profile presence on Facebook and Twitter — platforms that, alongside many other websites, have given him the boot. On Wednesday, he shut down the “From the Desk of Donald J. Trump” blog he’d set up as a sort of one-man alternative to Twitter; his senior aide Jason Miller later said this move was a precursor to Trump joining another social network.

It is now clear that Facebook, at least, won’t be that network — at least not any time soon.